Monday March 25, in the Classics in Religion series. This group is open to all and meets Mondays at 11 a.m. to Noon at the Penn Yan Public Library.

Proof of Heaven: A Neurosurgeon’s Journey into the Afterlife
by Eben Alexander III, M.D.

On March 25, we’ll continue our discussion of this book, presented by Christopher Wright.

Although Elizabeth Kubler-Ross and Raymond Moody made the term “near death experience” (NDE) popular in the 1970s, serious study actually began in the 1890s. Since then, thousands of reports have been found from the ancient Greeks to the present day. There are specific experiences that appear to be common such as life review; a bright light that exudes comfort, joy and love; seeing deceased relatives and so on. On the surface, Dr Eben Alexander’s NDE might seem to be a variation of the classic form but it’s all the memories and awareness that he brought back that marks his as special. Because he is a hardcore scientist, or “physicalist,” much of the doctor’s book is concerned with the details of his illness and chances of survival but it’s the purpose of his sharing the story that engages the spiritually inclined. And to further engage the reader (and those who view his several lengthy videos online), he introduces a mysterious young woman who is his guide. She takes him on a tour of some of the heavenly realms and informs him of truths that are also guides to living a meaningful and responsible life.

Read more about the book here if you like.

One thought on “Proof of Heaven [continued], March 25 Classics in Religion” 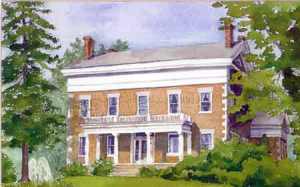